Thousands of tourists visit the city of London each year, and one of the reasons why this city is famous is also for its museums, most with free admission. In this section, we will discover the 10 Best Museums in London. Check my last post “Top 5 best views in London“.

The 3rd most visited museum in the world. More than seven million objects from all over the world. At first, the impression is giant, the visit can last for hours if you are not in a hurry. If instead, you have little time to spend in the city I suggest you choose an area and concentrate only on the one that interests you the most. Perfect for adults and children.

Founded in 1824, it houses a collection of over 2,300 paintings dating from the mid-13th century to 1900.  It is among the most visited art museums in the world, after the Louvre, the British Museum, and the Metropolitan Museum of Art.

The museum is the largest urban history collection in the world, with more than six million objects. It hosts more than one million visitors each year, it documents the history of the English capital city from prehistoric to modern times.

Founded in 1852, the Victoria and Albert Museum is the largest art and design museum in the world.

It includes works by great British artists from the year 1500 until today. 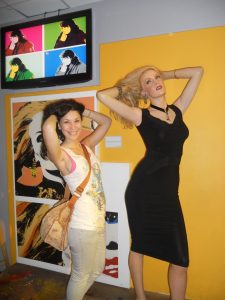 Is one of the most visited attractions/museums in London. You will find all your idols from movie stars to music. Suitable for adults and children, although very expensive (Price € 37 / adult, € 29.5 / child).

Is one of the best in the world. It is its doors to the public in 1920 at the Crystal Palace on Sydenham Hill. In 1936 he moved to his current location in the old Bethlem psychiatric hospital.

Exposes an extensive collection of portraits of illustrious British characters. At the time when the collection began, only deceased persons could be included, at present, this norm has ceased to be fulfilled.

Location: Next to the National Gallery. Price: Free entrance.

A large collection of skeletons, fossils, and plants that belonged to the British Museum. Perfect for children.

The National Museum of Modern Art, better known as Tate Modern, exhibits and works of international character that span from the year 1900 to the present. The Tate Modern is the most visited museum of modern art in the world, surpassing the MoMA in New York and the Reina Sofía Museum in Madrid.

Me and my partner in crime 😎 listos para salvar