Utrecht is a city often overshadowed by Amsterdam and most of the time we identify it thanks to the famous treaty signed by Spain and the Netherlands to end the war between the two countries. I was greeted by a charming city with bucolic canals, a beautiful old town, a university atmosphere, and historic buildings. It is also a much less touristy and more relaxed city than Amsterdam.

The city’s history dates back to 47 AD, when the Roman Emperor Claudius ordered the construction of a defensive line along the Rhine River, which was the northernmost border of the Empire. One of the strongholds along the river was built on a branch of the river, which was called Traiectum, a Latin word meaning ‘crossroads’. In the local language the name was translated as Trecht and later Utrecht. 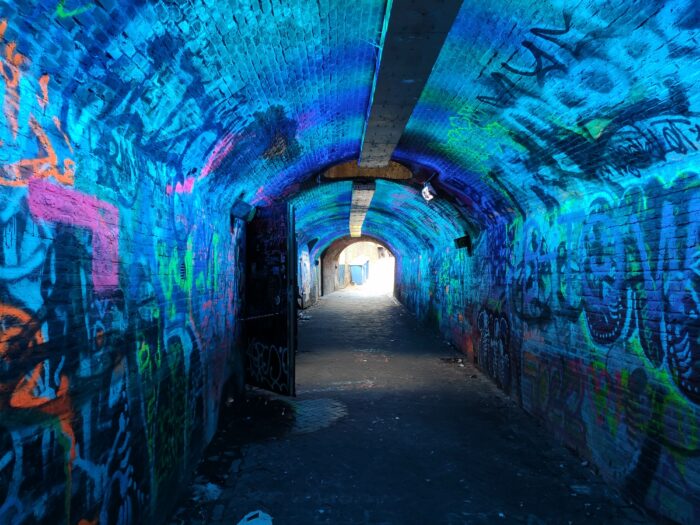 HOW TO GET THERE

The most efficient way to get to Utrecht is by train, as the city’s station is the hub of the Dutch rail network. In addition to direct connections to Amsterdam and Schiphol Airport, high-speed trains connect Utrecht with Frankfurt, Berlin, Copenhagen, Prague and many other European capitals.

From Amsterdam 10€ a/r ticket, check all about transport information here.

If you decide to travel to Utrecht with a rented car, it’s best to park it in one of the car parks around the historic city centre, remembering to pay the ticket, as fines are high and traffic wardens are intransigent. Getting to Utrecht from Amsterdam is quick and easy: just take the A2 motorway south and you’ll be there in less than 45 minutes.

Colorful wooden houses are just 10min by train from Utrecht and they deserve to be visited.

If you are in Houten, take the time to have lunch or dinner at the Eetatelier in the middle of the center, at Rond 86. Not only is the menu spectacular, but the dishes are also very creative prepared and with enormous pride, a big smile and lots of heart served. And yes, everything I had ordered was super yummy and reasonably priced!