Built more than five thousand years ago halfway between East and West, Jerusalem has been and will remain one of the most exciting cities in the world, with a compelling history and a heritage that has led it to become a Holy City for the world’s three major monotheistic religions.

Protected by the Judean Mountains and bathed in limestone, Jerusalem is a city that arouses the curiosity of the most indifferent mind. Few places in the world can boast of concentrating such a magnitude of art, history and tradition in such a special place as the Old City of Jerusalem, the origin of the Holy City.

This labyrinthine network of unplanned streets exudes energy and magnetism that is difficult to explain. Strolling through the Old City it is possible to see churches, mosques and synagogues scattered throughout the four quarters of Jerusalem. Here the eyes of the tourist meet the gaze of the hurried Orthodox Jews, the joyful Muslims of the souk and the solemn Christian pilgrims.

Jerusalem has been christened the thrice-holy city. According to Christian tradition, Jerusalem was the scene of Jesus’ cruciﬁxion, death and resurrection. For Muslims, it was here that Muhammad ascended to heaven from the majestic Dome of the Rock. For their part, Jews revere the Holy City for housing the most important vestige of the historic Temple of Solomon: the Wailing Wall.

But beyond religion and faith, traveling to Jerusalem means opening your eyes, ears and heart to new sensations. This is how you will understand the very special mix of cultures that is breathed in every corner of the city, where jeans and miniskirts mingle with turbans and kippahs in the most beautiful of pictures: Jerusalem. 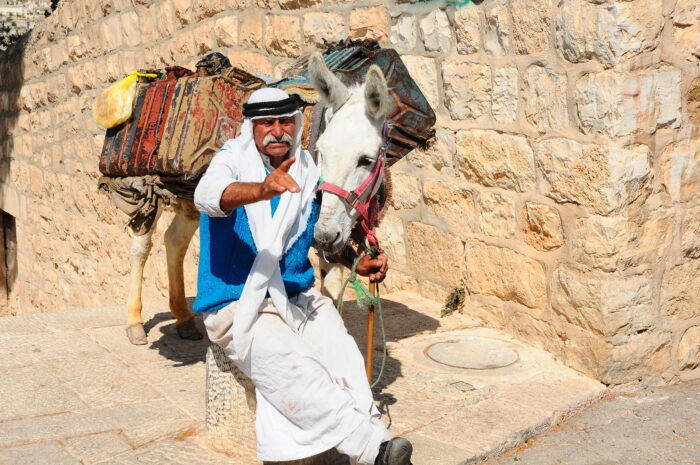 As mentioned before, the most important thing when visiting Jerusalem is to open your eyes wide. Strolling through its bustling streets is an attraction in itself, complemented, of course, by its historic monuments.

To learn more about the recent history of the Jewish people, the best thing to do is to visit the Holocaust Museum, an oasis of memory and reﬂexion. The Israel Museum in Jerusalem’s other star museum, famous the world over for housing the Dead Sea Scrolls, priceless documents.

The Wailing Wall, the Dome of the Rock, and the Holy Sepulcher are the golden triangle of Jerusalem’s heritage. After these jewels of art history, the crowded Via Dolorosa or the sacred Mount of Olives continues the list of must-see monuments of Jerusalem.

The first stop on your walking tour will be the legendary Gardens of Gethsemane. This, according to the New Testament, is where Jesus prayed before being arrested by the Roman authorities of Judea. In this symbolic place, you’ll visit the Basilica of the Agony where we’ll discover a piece of rock on which Jesus Christ prayed his last night. Its neo-Byzantine façade won’t go unnoticed.

We’ll then enter the Greek Orthodox Church of the Sepulchre of Mary, a jewel built in the 4th century and rebuilt by the Crusaders, which, according to Christian Orthodox accounts, is the holy resting place of the Virgin Mary. Did you know that Catholics don’t support this belief?

While we learn some facts about the life of Jesus of Nazareth, we’ll reach the top of the Mount of Olives to enjoy dreamlike views of Jerusalem.

Nazareth / Jerusalem along the Jordan Valley. Upon arrival in JERUSALEM check into hotel, lunch. Afternoon start of sightseeing:panorama from the Mount of Evil Council, Davidic and Christian Zion: St. Peter in Gallicantu, Upper Room and Cenacle, Jewish Quarter. 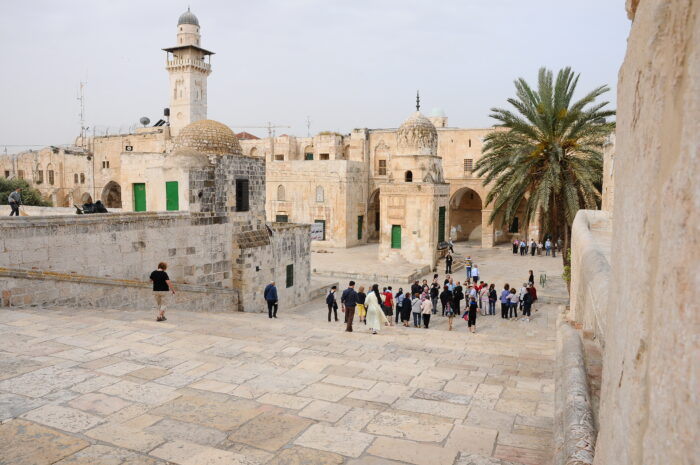 Departure for AIN KAREM. Stop to visit the Church of the Visitation and continue to the Shepherds’ Field. Continuation to BETLEMME, visit to the Basilica of the Nativity. Return to JERUSALEM for Via Dolorosa, Basilica of the Resurrection, Calvary and the Holy Sepulcher. Check the entire Israel itinerary.